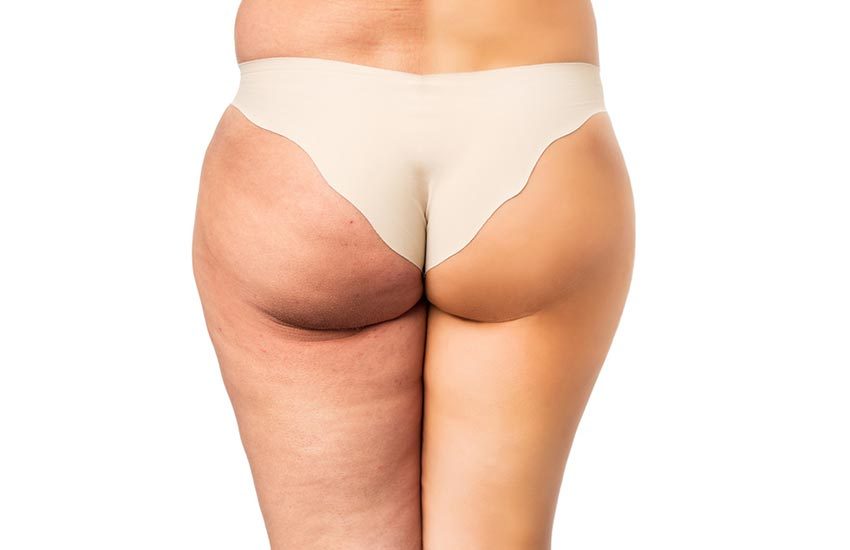 Cellulite is a common skin condition that affects a large number of women regardless of the extra weight. Cellulite refers to the deposition of fat and water between the skin and the underlying layer, accompanied by reduced elastic connective tissue, and creating a dimpled appearance on the skin.

Centella has the ability to stimulate collagen biosynthesis through skin fibroblasts. It improves blood circulation and is said to act “soothing” in the central nervous system.

Mesotherapy is a technique by which we inject substances under the skin. It is called mesotherapy because our goal is mesoderm, that is, fat and connective tissue under the skin.
In our place we use a new generation machine that achieves mesotherapy using RF currents, which open up “channels” to the epidermis, resulting in the substances passing through the mesoderm.

For the treatment of cellulite we use Cynarin-based strong diuretic action which makes it very useful in the treatment of edema that is characteristic of cellulite.
Another formula is that based on caffeine, which has a lipolytic effect that significantly reduces adipocytes and smooths the appearance of the orange peel.
Finally, we use a formula consisting of a series of active ingredients, such as cumarin, which provide skin rejuvenation effects, helping to improve peripheral microcirculation.

Electrotherapy is widely used in cosmetic aesthetics.
Programs designed by selecting the most appropriate streams for each case and combining them in such a way that they act at each stage of the malfunction to which they are addressed are used.

Cellulite
The program is used for all types of cellulite, ie soft, generalized and painful.
Its results are:

I want an appointment

* This form is not a confirmation of the appointment.
You will be informed immediately about the availability or alternative date and time.